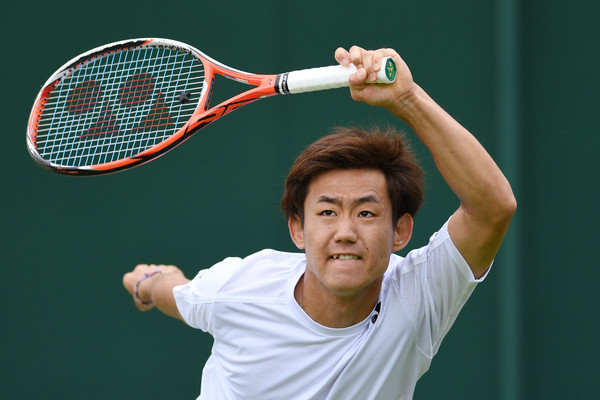 Now he has defeated the Czech Terminator Berdych!

Nishioka is lefty and he is a scrappy-grinder kind of player who just battles and battles to win.  He hits lefty kick and lefty slice serves and he hits reverse forehands and hooks.  He is like a less-powerful Nadal.

I hope Nishioka can knock out Wawrinka!!!  That would be a huge upset!

Good job to the young man from Japan!