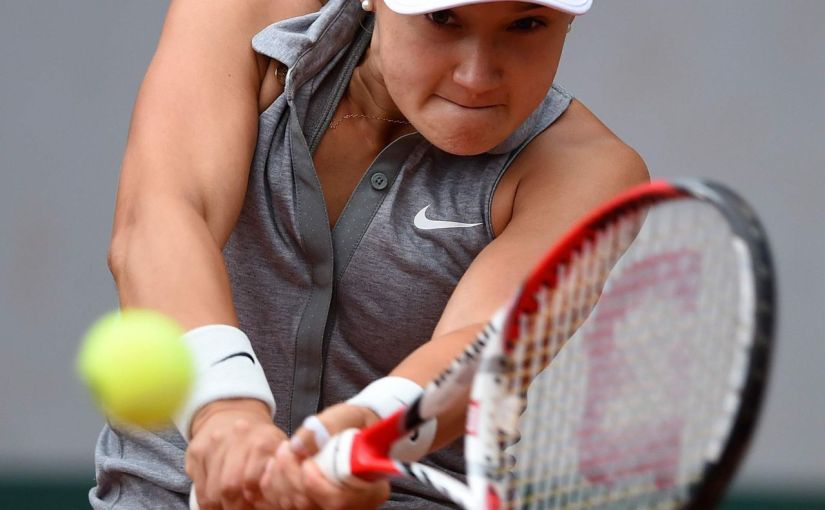 Hey!  This is my early French Open Prediction!  I’m doing the prediction based on my tennis knowledge and my keeping up with the tour so far this year (also, I can not predict if people will get injured and pull out right before the tournament).

For the WTA this will be the 8 women in the quarterfinals:

Kerber is a counter-puncher.  Cibulkova is a grinder.  Halep’s game is well suited for the clay (hopefully she doesn’t get knocked out by Shelby Rogers early on).   Kuznetsova is a beast and knows how to win on clay.  Navarro is a dirt-baller with a beautiful one-handed backhand.  Lauren Davis is fast and a grinder, she plays great on the clay.  Sharapova is a champion (hopefully they will let her into the tournament).  Siegemund has been playing really well on the clay and she has a really nice game so I have faith that she can make it deep.

I’m expecting Murray and Djokovic to get knocked out.  For some reason they are very beatable right now.  Tsonga and Monfils have the French crowd to motivate them.  Kyrgios is box-office and if his head is in the game then he can hit right through the clay no problem.  Dominic Thiem is MONEY on the clay with his game.  It is harder on the men’s side due to the depth of competition.  There are some very tough clay court players like Zeballos or Ramos Vinolas or Carreno Busta or Pablo Cuevas and these guys can be VERY VERY dangerous.  But those are my picks!

I hope my fans will comment or my haters will let me know how bad my picks are!  I also challenge other people to make an early prediction!!!

Thank you to all my fans and viewers!  Stay fluffy!