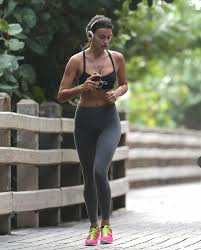 I wanted to knock that smirk off of his face.  His ugly face.  His face had the look of blissful ignorance.  What a fool!  He barely knew how to hit topspin!

Josh was playing once again in an epic battle against Patrick.  They were truly playing an epic match on the public courts of their city.  The other two courts were empty and there were some kids playing TeeBall two hundred yards east.

“Well, my talent is on display yet again!”  Josh boasted.

“Hey man.  It’s going to be tough to beat me.  I am really on fire today if I do say so myself.”  Josh swallowed some water and walked to his side of the court.

I will beat you.  This victory shall be mine.  I just need to run your chubby body!

Patrick could feel his determination rising.

Josh served the ball.  Patrick hit his return into the net.  FUDGE!

There was a woman jogging who was well-endowed.  There was a noticeable “bounce” to her run.  Her ponytailed hair bounced side-to-side as she moved with her heavenly stride.

“I don’t know why but I can sense that my victory is assured!”  Yelled out Josh across the net.  He had not seen the jogging woman.