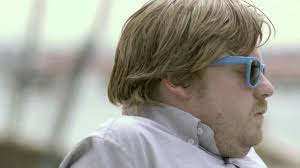 A tale by DJ ROBO BISCUIT

I did not know my father growing up, but I did know he was a bad man.  It was tough growing up without my dad around.  And my mom was loving but also full of peculiarities.   Somedays she loved me and somedays she seemed to despise me.  But I don’t blame her.   She is one of many moms put in that strange predicament.  She was a warrior.  But you could still see her trauma.

And that is me, a “rape baby.”  It happened one night, in a dark alley, my dad got her.  She has told me that she had wished could abort but it was illegal.  But she also told me she was glad she had me.  Sometimes it is confusing!  And she would always mention the “Good ol’ days” when women were allowed to abort.

Tuesday nights I have my RBA meetings.  Rape Baby Anonymous.  Many of the guys and girls there are my age.  We were part of the “first wave” of rape babies.  We sit around and stare at each other.  We talk about it.   What it is like to not know our fathers, but of course to know he was a rapist.  Many of our moms are in rough shape, they are tough but many of them still have some trauma from the rape.  None of us know our dads.

But one day I decided to do something about it.   It was time for a DNA test.  Believe it or not, the government has initiatives to help kids find their fathers.

The results came back, and guess what?  I have 2 brothers!   They live in different states but it’s amazing to know I am not an only child.  One of them lives in New York City and the other lives in Orlando.  I guess dad was able to move around huh?

And of course, the results showed me my dad: Anthony Pelbis.    It’s a weird last name, Pelbis.   And my dad is locked up, but not for rape.  Looks like he was locked up for Burglary.  I guess good ol’ dad was a career criminal.   He was in prison only one state away.  I asked Mom, but she didn’t want to see him.

I drove to the prison.  I wanted to meet my father.

I sit down in front of the glass and grab the phone.  He is not very tall but he is strong.  He has a big nose and he has a large scar across his cheek which is very distinctive.   I know he is not a good guy but I can’t help but notice I do look like him.

“Hello Anthony, that is right.”

“Yeah, you don’t have to call me Dad or anything.  Unless you want to of course.  What’s your name?”

“My name is Albert.”

“How much do you know Anthony?”

“About me and about mom?  And about your family?”

“Well, I know have at least one son, yourself.  And I don’t really have much family except for my brother.”

“Well actually Anthony, there are more of me.”

“Yeah Dad, you are actually a father of three.  I have 2 other brothers.”

“I guess you were a busy man many years ago.”

“You know Albert we all make mistakes, and now I am locked up.”

“Can you tell me anything about Mom?  From when she was younger.”

” You know son, I really can’t say much.  Me and your mom were intimate only one time and it was not on her terms.”