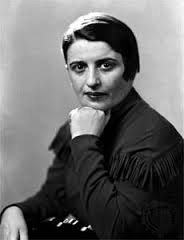 There is a different place where people worked in a variety of ways but they were all rewarded in the same way.  There were some who worked hard by choice and some who were lazy and it managed to balance out, the results were enough for success and overall the people were happy.   The hardest workers were intrinsically motivated and worked hard by choice, and the people at the bottom were happy to have the hard workers pull twice the weight.

In the First Place, the place of incentives.  There were some people who thought there was some unfairness and there was too much suffering at the bottom.  There was a demand for an equalization.   The hard workers continued to work hard and the lazy people stopped working (in this land everybody wanted Bananas), after the time of labor, all people were able to get 5 Bananas (each).   Based on the equal compensation, the hard workers lost an incentive (a drive, a purpose, a reason) and they worked less hard … … the next time around people only received 3 Bananas each.  The hard workers lost some of their motivation and the lazy people continued to do nothing … … After the time of working, there were only enough Bananas created for there to be 1 Banana per person.  The lack of incentive created a race to the Bottom.

If the above paragraphs seem interesting then you will have an interest in Economics (and politics and philosophy).  This kind of talk will lead in the direction of CAPITALISM VS SOCIALISM.             And it may lead you in the direction of AYN RAND who is famous for her work “Atlas Shrugged.” (Who is John Galt?)

You have Adam Smith, he believed in the “Invisible Hand” of Capitalism and Laissez-faire economics (hands off).

There is also Karl Marx.  He fought for the workers in the factories.

Once you begin to study Economics in the realm of Marx vs Rand, you will notice that the debate continues within the world and the media.    Should there be welfare?  Should we tax the rich?  Who creates the jobs?    Should we redistribute the capital?